You're using an unsupported browser. For full functionality, please migrate to Chrome, Firefox, Safari, or any other maintained browser.
June 23, 2020

By: Maureen Kelleher, Senior Writer and Editor at Brightbeam

Micah Peace is proud of his daughter, London, who just graduated from eighth grade and is on her way to Westinghouse College Prep. And he’s very pleased with the support he got from Carol Huck, counselor at LEARN Charter, to help London find the right school for her and for their family. (Carol Huck is pictured at the far right of the photo above this post.) 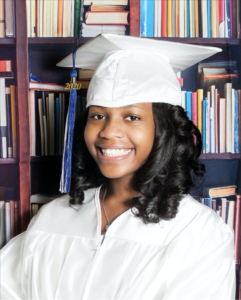 “You could tell she had this well planned,” proud papa Peace says of counselor Huck. “There was nothing I encountered that she hadn’t prepared us for. We did all the work in the seventh-grade year. She made it as simple as it could get for the transition to high school.”

Peace works with students in other public school systems who don’t have this kind of guidance, and could see the difference it makes. One of the most important elements of Huck’s work came at the end of seventh-grade, when she sat down with each student and their family and filled them in on the schools that were truly within reach based on their previous grades and test scores. “That was right on time, because it helped my daughter understand” how to prioritize her selective enrollment application, he said.

Westinghouse was the family’s best fit for many reasons, not just the numbers, he says. It was close to home and Huck introduced Peace to Westinghouse staff, so he felt comfortable with the transition. “I was sort of West Side from the get-go,” he says. “It was just like talking to Ms. Huck talking to the counselors over there. That’s what made me comfortable with it.”

Private School Is Not Out of Reach, Either 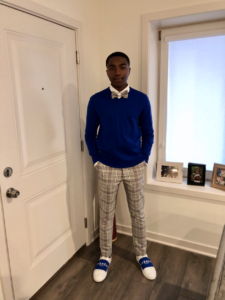 Like his classmate, London Peace, he attended LEARN from Pre-K through eighth grade. And both their families rave about Ms. Huck.

“I tell her all the time, I owe her so many favors,” says Thomas. “I wish I could take her with me for the next four years. During the seventh-grade year she gave me a list of scholarships and programs that helped with mentoring.”

But Huck offered more than just a list. When health issues got in Thomas’s way during her son’s eighth-grade year, “She was able to come to my house and get things if I couldn’t go there myself.”

And Jamari had a lot of applications going in the fall of eighth grade: the full complement of selective enrollment schools, plus Fenwick, plus scholarship program essays, etc. Huck was there for every task. As Thomas put it, “Everything I had to do, she held my hand and was like, ‘Come on Ms. Thomas, we are going to get through this.’”

Initially, Jones was Jamari’s top choice, but Fenwick charmed him in the end. “He did not have an opportunity to do a shadow day at Jones. I believe Fenwick won him over because he was able to shadow on two or three occasions,” says Thomas.

Peace and Thomas agree that the way Huck supports parents through the high school admissions process sets the gold standard for elementary counselors. “Parents need to be involved, but it’s not that much time,” says Peace. “The way Ms. Huck prepares you for high school is the way your counselors should be preparing you.”